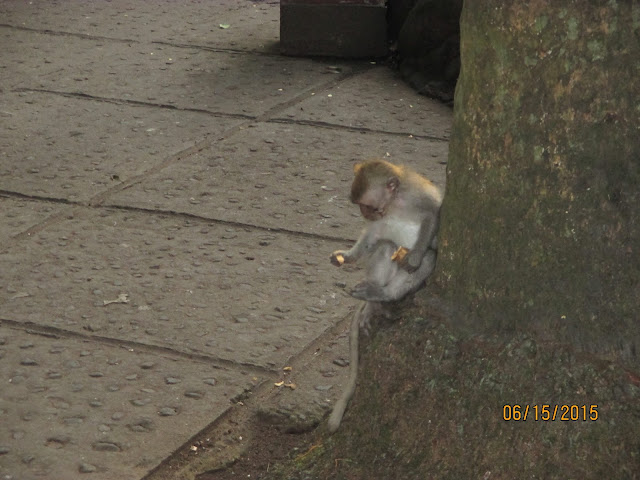 First of all, I’m sorry for not updating this blog sooner; there had been so many things going on that time just flew past me in a daze. I had been doing school stuff and working on another book at the same time, and by the time the school year was over I felt as if my head wasn’t in the right space to deal with anything writing-related.

Then I went to Bali.

Granted, the plan was simple – hang out with my old classmates for the weekend, then take off on my own for three days – but what I didn’t count on was the clarity of mind that I’d experienced while I was there. You see, when I first flew in, I didn’t realize that I had carried over with me a few things that I thought I’d left behind at good ol’ Hacienda de Meimei – there were feelings of sadness and inadequacy that I didn’t know how to figure out, not to mention the butterflies in my stomach whenever I mentioned that my book was coming out in print. (Up until now I’m still pinching myself over getting my book.) In a way, I was worried that my life had only gone as far as it could, and it scared me to think that I might never be able to share a lot about myself. Instead of letting go, I’d pushed my problems to the side and just concentrated on being the fun person that I used to be again.

What I didn’t count on was the clarity.

Granted, the realization didn’t come as a blissed-out Moment of Zen where I felt like my heart had opened up and become one with nature. What did happen were little quiet moments when I realized that I didn’t have to try too hard to prove myself. I was happy and serious and fun and sane and every contrary adjective that could pop up inside my head. Yes, I was there to have fun with my friends, but I also realized that my presence was also a blessing to them, too, and the best way I could share that love was to spend time with them catching up on the people we’ve become.

It was even better when I took off on my own and went to Ubud by myself. I got jumped on by monkeys, tasted kopi luwak and (on a last-ditch side trip to Denpasar) got my tongue scorched off by a wayward smidge of chili paste while eating roast pork – but those were the best hours that I’d spent on my own in such a long time. There wasn’t a dull moment at all – it was just me immersing myself fully into the moment and opening up to the possibilities of more adventure.

But it all came back to the same question that I had when I first got off the plane: Who am I?

When I came back to the Hacienda, the first thing I did was look through old yearbook pictures for pictures of that cute guy more memories of the old days. I really thought that the world hated me for what a dork I’d been in middle and high school, but looking at the comments I’d written inside my own yearbooks, I feel like I’d violated my own memories by making imaginary enemies out of people who only wanted to be friends – no, people who are my friends, who I still see on Facebook and like enough to hang out with in real life, given the chance. And I realized that there was no way on earth that I would want to be the person that I used to be back then, because – for what it’s worth – I actually like the person that I am now.

And I don’t want to bring myself that low again. Ever.

So where does this bring us, then? Well, for starters, I’m going to change a few things about the way I deal with people – especially the way I blog and write. That doesn’t mean I will be writing more personal things on this blog, but I want to be able to share things that are more than just about my works in progress and the struggle I have to balance them with my academic career. I want to spend more time with my readers by sharing more of the things that I’m passionate about – books, issues, matters of the heart. And I want to do this as openly and welcoming as I can, because why have a space like this if I’m going to alienate people with my angst?