MIBF and Beyond: Books, Books, and More Books

This is what my to-be-read pile looked like before this year’s Manila International Book Fair: 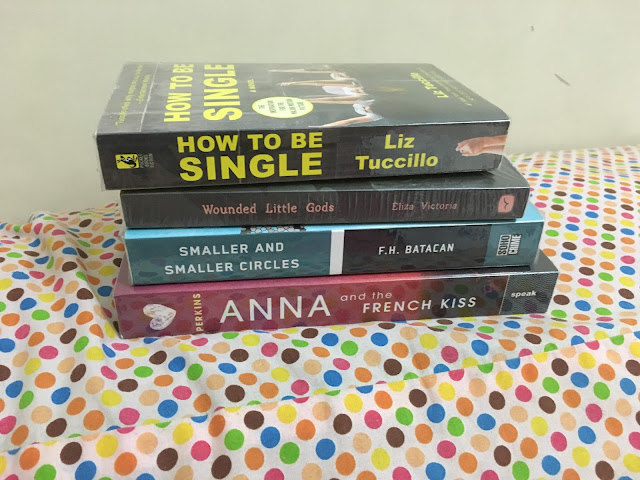 Of these books, I’ve only finished How to Be Single; it was alright, but I don’t think I’m cut out to read unromantic chick lit about neurotic single New Yorkers anymore. The Eliza Victoria was a recommendation that I’ve been meaning to purchase and read since forever, and so is Smaller and Smaller Circles. As for Stephanie Perkins, I’ve already purchased Lola and the Boy Next Door and Isla and the Happily Ever After, so I’m already anticipating some marathon reading for those three books.

(I also bought It Ends With Us by Colleen Hoover, but after a few chapters I couldn’t take the intensity. That one, I’m giving to my mom to read first so I can come back to it when the time’s right.)

Anyway, let’s talk about the MIBF! Last year I was there as an author, so I didn’t have time to browse the shelves and buy anything for myself. This year, I had some time to kill before the #AllTheFeels live reading in the afternoon, so I decided to go around.

– The Happiness Project, by Gretchen Rubin. My sister has read this book, and she has recommended it to me. I read the first few chapters of this one at Cool Beans (my usual Maginhawa haunt) and I liked it, so I decided to take this home with me.

– The Hidden Staircase, by Carolyn Keene: I bought this for the same reason that I bought Smaller and Smaller Circles — it’s a way for me to keep in touch with the side of me that has always wanted to write mysteries. I just haven’t decided on how I’m going to approach the genre (cozy mystery? romantic suspense? YA/NA/contemporary?) so I thought I’d give it a try anyway.

– Creativity, by Mihaly Csikszentmihalyi (damn spell check). Flow was one of the books that was recommended by Austin Kleon in Steal Like an Artist, but I didn’t find that one on the shelves. And since I’ve already read Elizabeth Gilbert’s Big Magic several times, I thought I’d read a new take on the topic of creativity. Can’t wait to sink my teeth into this one.

– To Kill a Mockingbird, by Harper Lee. My goal is to finish this book before the decade is over, since I have always failed to finish it whenever I borrowed this one from the Hawaii State Library. It’s a toss-up between reading this and giving it to my mom for safekeeping, but more than likely I’ll pick it up soon. 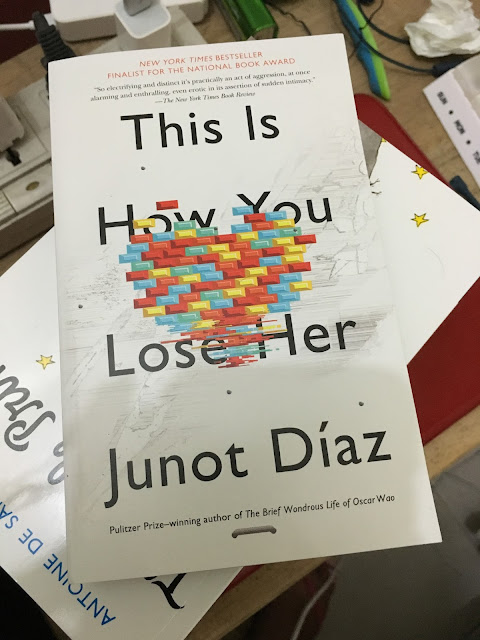 – This Is How You Lose Her, by Junot Diaz. This is another departure from the norm for me, since this one’s literary fiction. It wasn’t just the title and cover that caught my eye; my curiosity was also piqued by someone writing an #ownvoices take on love and loss. I’m not expecting a happy ending with this book, but that hasn’t stopped me from making this my next read. 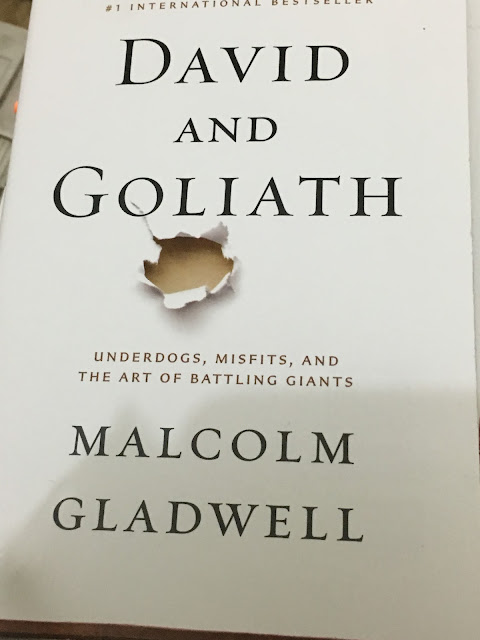 – David and Goliath, by Malcolm Gladwell. I’ve been a Gladwell fan since The Tipping Point, but I stopped after Outliers after everyone and their cousin started citing him from coming up with the “10,000 hours of practice” maxim. (It’s not from him, apparently, but he has looked at the studies.) I did see What The Dog Saw, too, but I decided on this one instead because who doesn’t like books about underdogs?

So that’s my book haul for this year, so far. I think I might have met my quota because of the time and space constraints (ie. no shelves) but it doesn’t look like this is the end of my new-found book addiction. And, hey, after all the studying I’ve been doing, it’s good to feed the mind with something new. Until next year…or the next trip to the bookstore.