Wow, two new book features in one week! I’m just happy to support these Filipino authors in getting the word out on their amazing books.

When I read Ines Bautista Yao’s Only a Kiss, I was drawn in by the wonderfully-rendered storytelling that detailed the lives of Katie and Chris as they grew up from innocent children to professional adults who have not forgotten their first loves. When the opportunity came for me to read Just A Little Love (through a copy furnished by the author in exchange for an honest review) I went ahead and read it–and quickly fell in love with her characters. The stories in Just a Little Love are clean, feel-good reads, but they pack all the swoony romantic feels that would make you root for the characters.
Anyway, here’s our feature on Just A Little Love: 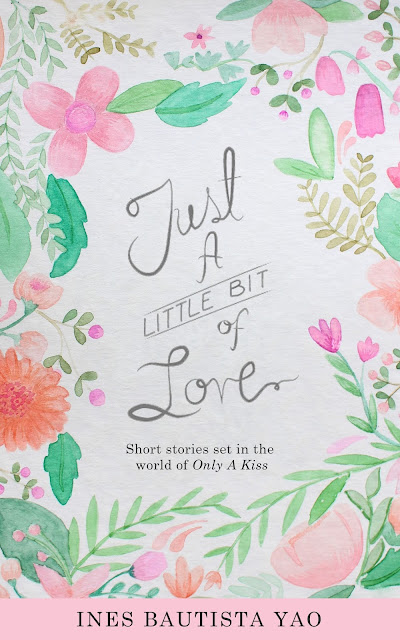 Three short stories about three young girls: Anita, Ina, and Carla. Each one finding their lives disrupted by a boy. Maybe it’s because he wanders into the coffee shop where she works after school every Tuesday. Maybe it’s because he won’t leave her alone even if she has made it clear that she is crushing on his football teammate. Or maybe it’s because she’s spent one unforgettable afternoon with him—despite being oh-so-forgetful. Three small doses of love that serve up a whole lot of feels.

What I call my little book that could, Just A Little Bit Of Love, has three stories that can stand alone. But if you look closely, you’ll notice that there is one name that comes out in each story.

In the first story, “Watching, Waiting”, she’s 14, a classmate of Anita. Someone Anita may have found intimidating at first but found to be kind and friendly over time.

In the second story, “On the Sidelines”, Katie is mentioned as the best friend of Chris. Both are in high school. Ina doesn’t believe that Katie and Chris can be best friends because relationships like those don’t usually last – they end one way or the other: in love or heartbreak. But Ina’s best friend Robert says their friendship is the real deal.

In the third story, “Sticky Notes and Forgetfulness”, Katie is the office mate of Carla. The one who tries her best to track down the photographer who has captured Carla’s heart.

Katie is the lead character in my book, Only A Kiss. She starts out as a nine-year-old girl who grows up into a young woman in her early twenties. She is the common thread of all three stories.

What I wanted to do was give readers a hint of Katie’s life but not leave them with a cliffhanger (because I hate those!). I wanted to write three stories with satisfying endings that could stand on their own. But if a reader wanted more, the happy news is there is more: a whole book’s worth in Only a Kiss!

Writing these stories was a lot of fun because unlike writing a normal story where you just pull ideas out of the ether, I had a world to revisit. I played the scenes in my head and tried to imagine who else could be in them. Who else could have been at that coffee shop when Chris, Katie, and Megan talked? Who else could have crushed so hard on Ethan? Who else could have an interesting story because of her quirky character? Carla is the only main character who is actually in Only A Kiss. I already found her adorable at the start and I loved giving her her own story.

I enjoyed doing this so much that maybe, just maybe, I’ll revisit my other books and look for characters who want to come out in future stories as well! 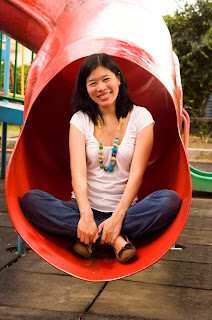 Ines Bautista-Yao is the author of One Crazy Summer, What’s in Your Heart, and Only a Kiss. She has also written two short stories, “Flashbacks and Echoes,” which is part of a compilation called All This Wanting and “A Captured Dream,” one of the four short stories in Sola Musica: Love Notes from a Festival.

She is the former editor-in-chief of Candy and K-Zone magazines and a former high school and college English and Literature teacher. She is also a wife and mom and blogs about the many challenges and joys of motherhood at theeverydayprojectblog.com. She has recently launched The Author Project, a section in her current blog devoted to the stories in her head.