BLOG TOUR + BOOK REVIEW (Plus Giveaway!): Once Upon a Player, by Agay Llanera

We at The Great Big Jump would like to welcome back our fellow #romanceclass author Agay Llanera to the blog. This feature has been brought to us by the lovely Dianne of Oops! I Read a Book Again, who organized the blog tour for this book. 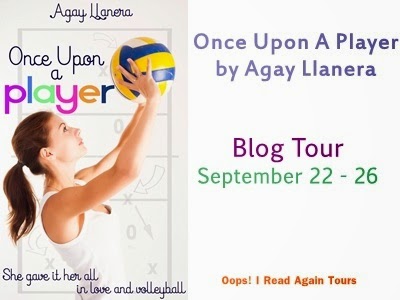 About the book: Gorgeous college senior Val Fabian is a player in every sense of the word. She’s the star spiker of her university’s volleyball team, and she never runs out of dates. But it seems that this year, she has finally been bitten by the commitment bug. She sets her sights on an unexpected target–the unassuming yet ultra-cute Jake Clementia. Val is used to getting what she wants, and is sure she’ll snag him before graduation. But in the process of winning his heart, she is sideswiped by a surprise move that sends her tumbling from her pedestal. 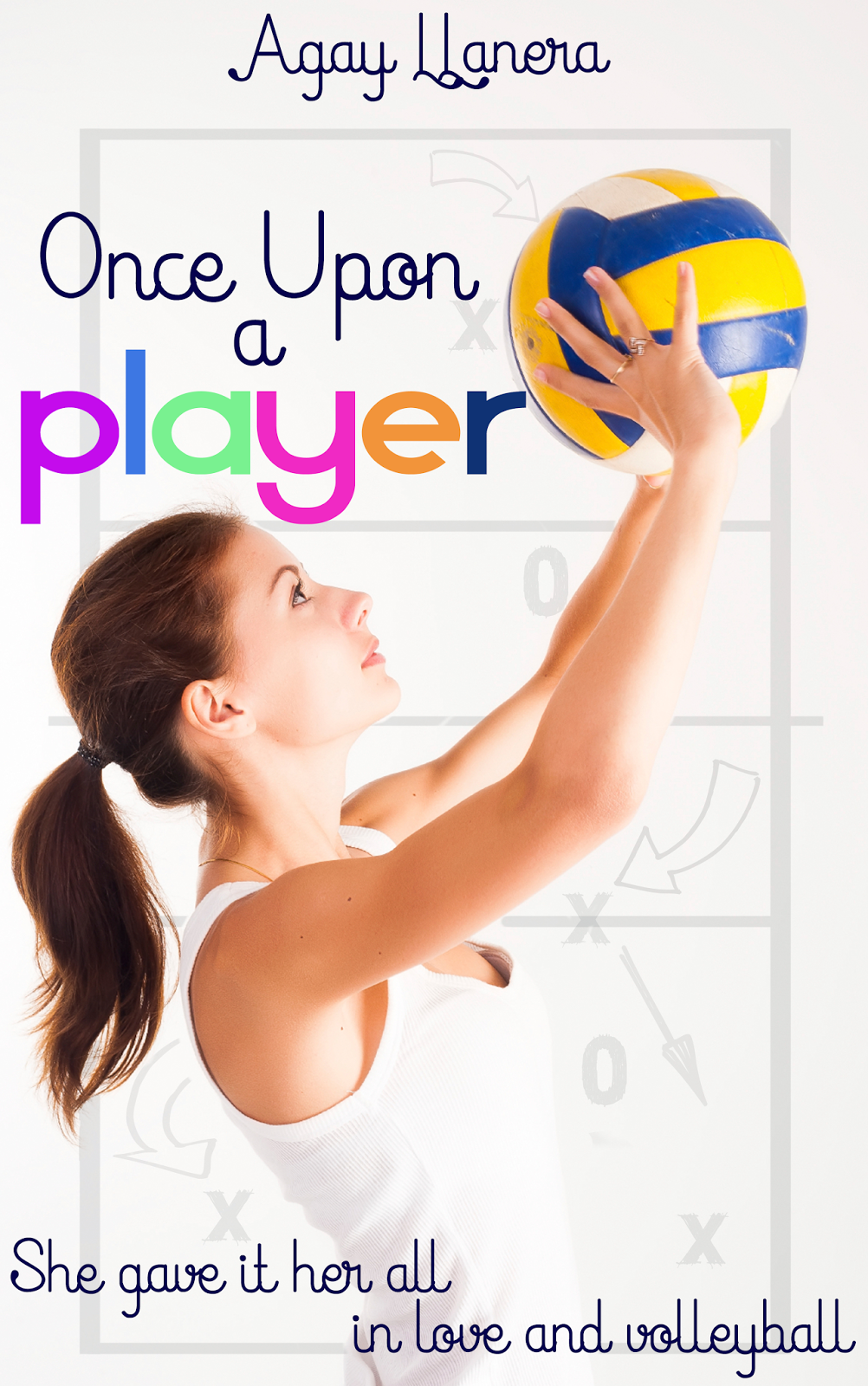 I received a copy from the author in exchange for an honest review.

In this follow-up to the chick-lit romance Vintage Love, Agay Llanera delivers a story about love and friendship set in the world of collegiate volleyball. But Once Upon A Player is more than just a college romance, in that it touches on deeper themes of identity, loyalty, and finding one’s own true self.

Val Fabian is the star volleyball player for her college, and she pours out all of her passion on the court by training and playing hard with her team. She also enjoys every minute of her popularity: the adoring fans, the sponsored swag, a camera-friendly “relationship” with a fellow athlete who’s also in it for the attention. But things don’t always go her way: she doesn’t take her studies seriously, spends less time with her busy mom, and the fake-boyfriend suddenly wants more from her than she could give him. Val’s idea of the perfect boyfriend is the dreamy Jake, but he’s also the thesis partner for her best friend Dessa, who in turn has set up Val with her sweet but dorky cousin EJ. As Val plots and schemes to get more face time with Jake, her loyalties are tested and her perceptions are challenged, leading her to believe that there are some things in life that are not worth the compromise.

While Val’s actions may be less than principled, she’s also an impossible character to hate. Llanera gives us glimpses of Val’s own angst from being abandoned by her father at a young age, which has also affected her otherwise close relationship with her mother. The author also does a great job of surrounding Val with friends who are anything but minion-like in their development; aside from the kind-hearted Dessa, there’s also Kat, who counter-balances the closeness between Val and Dessa with moments of humor and loyalty. And while Jake is presented as a princely dreamboat, EJ turns out to be more than just a nerd in need of a makeover; he’s loyal and understanding, and a crafty thinker to boot.

It’s a testament to Llanera’s story-telling skills that she manages to balance all of the different plot elements without skimping out on the details. You could feel the excitement in the air during the games, just as you could feel the tension over dinner at a fancy restaurant or the angst that comes from asking the difficult questions. Even the shortest scenes carry a lot of weight:

On the table covered in clear plastic wrap was a big bowl of spaghetti. It was her favorite kind: sweet, with generous chunks of ground beef and sliced hotdogs. It was standard kiddie party spaghetti. Val got a plate and spooned out a generous portion of the red, sticky mess. She wasn’t hungry but she knew her mom would later check that bowl of spaghetti to see if she had eaten.

And there’s a lot of love in this story, even if Val doesn’t get off easy on her own transgressions. Just as in Vintage Love, the love stories in Once Upon a Player are more than just angsty romances, and Llanera sets up Val’s road to her own “happily ever after” as a journey where our heroine has to learn some hard truths about herself before she falls in love.

Love was also admitting defeat, asking for forgiveness, and saving a friendship. Maybe this wasn’t the kind of love story she had originally aimed for at the start of senior year, but it was a story that deserved a better ending.

I won’t spoil the rest of the book for you by telling you how Val saves the day or gets the guy – or even if she chooses a guy – but I will tell you that Agay Llanera is a skilled storyteller who knows how to keep you hanging on to every word. No matter what you think about our heroine, you’ll find yourself cheering for Team Val Fabian to the very end. 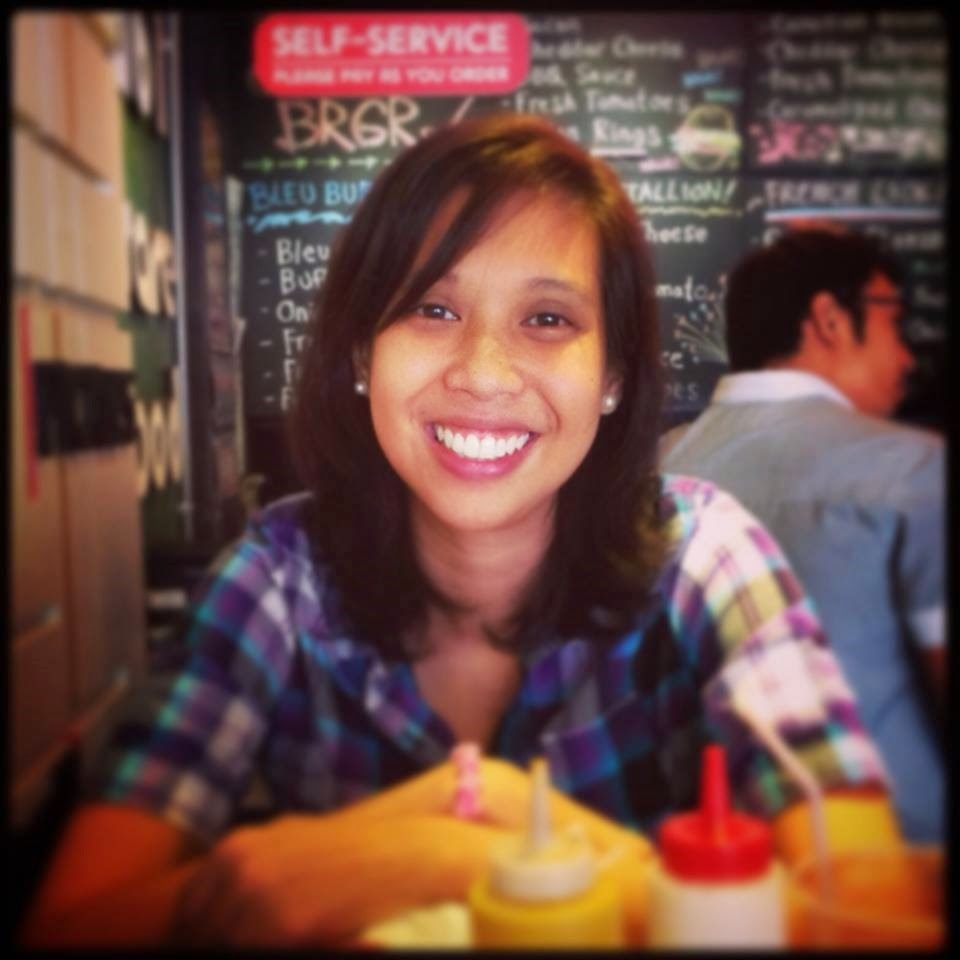 Agay Llanera is a freelance writer for television and a published writer of children’s books. She is a member of KUTING, a private, non-stock, non-profit organization, which aims to be the Philippines’ foremost writers’ organization for children.
Her first romance novella, Vintage Love is available on e-bookstores (Amazon, Kobo, Buqo, Smashwords).
Blog: http://agayisagirl.blogspot.com
Twitter: http://twitter.com/agayskee
Facebook: https://www.facebook.com/AgayLlanera
Wattpad: http://www.wattpad.com/user/AgayLlanera
—
Here comes the fun part: Agay and Oops I Read Again are sponsoring a blog-tour giveaway for the book! Lucky winners will get e-book copies of Once Upon a Player, but entrants from the Philippines will win cool stuff such as a tumbler, button, and a T-shirt with the Once Upon a Player book cover! Join now!