Title: The Real Score (Gezellig #1)
Author: Kesh Tanglao
Date of Publication: August 28, 2013
Genre: contemporary romance/chick-lit
We at The Great Big Jump would like to welcome back our fellow #romanceclass author Kesh Tanglao to our blog.

About the book: Caitlin’s friendship with Marcus, the de facto frontman of the world’s biggest boy band Gezellig, has long been an object of scrutiny by almost everyone–their friends and families, the media, and his fans–ever since they “went public” a couple of years back. Who wouldn’t be interested? She was a nobody, catapulted into the limelight of his fame when he struck an unusual friendship with her.
To both Caitlin and Marcus, what they have is a “perfect little thing.” But then something comes along and threatens it.
In a no-holds-barred interview, will they finally be forced to settle the score?
Goodreads link: https://www.goodreads.com/book/show/18398844-the-real-score
Purchase links: Amazon | B&N | Kobo | Smashwords
—-
In anticipation of the release of her follow-up book in the Gezellig series, we engaged with Kesh in a little Q&A about fandoms, writing music, and the band you should be listening to right now. 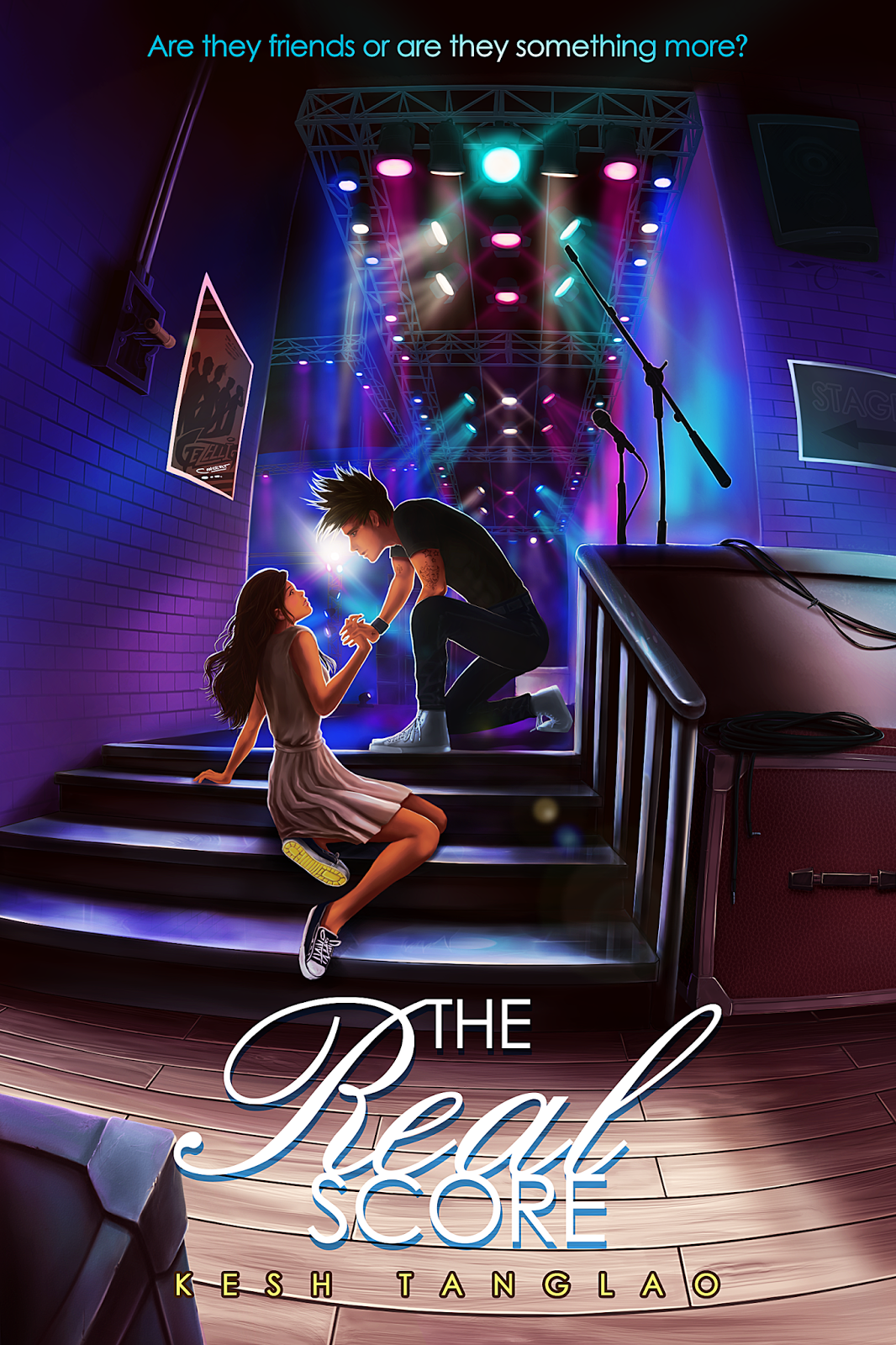 What’s your take on the current wave of boy bands and the fandoms that surround them? Do you think that fans these days are taking this too seriously?
I think the Internet did some great wonders for these boy bands and their fandoms. It was easier for the bands to connect to their fans, and for the fans to give feedback to their idols. But yes, I think sometimes, the fans do take things too seriously. This social media trend brings out the worst in fandoms: rumors spread like wildfire, the cyberbullying of people who hate on the boy band or the girls that the members date, etc. It could get crazy sometimes that you just shake your head at the things fans do. But I also know that these fandoms save lives. There are some who find real friends in these fandoms. I’ve heard stories about some girls stopping from cutting themselves or even from committing suicide because of the people they find in these fandoms. Being in a fandom is a really amazing and confounding thing.
How important is music to your writing process?
Very important! I think that’s why I keep writing about bands or musicians, too. Sometimes I listen to songs and then I get inspiration off them. Other times, I just need some music to block off the world while I write, so I keep it on. I feed off the emotions in the songs I listen to.
Caitlin started off as a non-fan of Gezellig, yet Marcus uses his powers of persuasion to “give (them) a chance.” Are there any musical acts or bands that you’ve ended up liking after giving their music another listen? Are there any bands that you’re listening right now that you wish more people would enjoy? 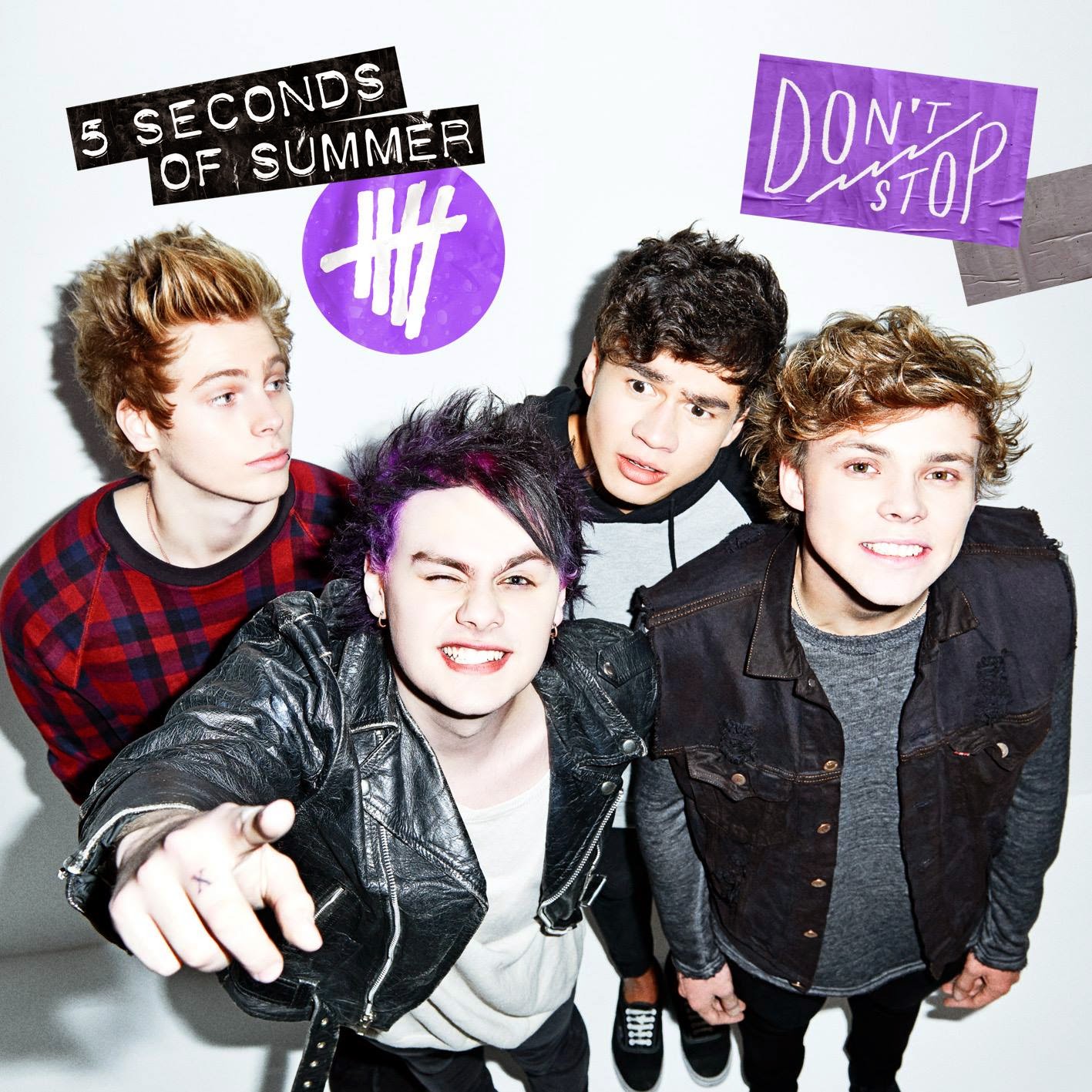 Before it was Paramore and Imagine Dragons! My brother just convinced me to listen to them. But right now…if you follow me on Twitter, I think you’ve pretty much figured out this one: 5 Seconds of Summer (5SOS). I dismissed them last year when they became the opening act to One Direction, thinking that they could just be another boy band, and I’ve had it with boy bands. And then they released Heartbreak Girl and Try Hard. That’s when I figured they’re different. That they’re a band, a guitar-driven band like Blink-182, Green Day (esp. now that they’ve released more of their rockier stuff). I wish people would get to appreciate them more instead of dismissing them just like I did, haha. Plus they are (I say this in the most endearing way) a crazy band. Check out their Keeks, Instagramvids, and Twitcams. Worth your time, I swear.
What piece of advice would you give to any real-life Gezer types who take their fandoms too seriously?
People will not like everything that you like, and may not understand how much you love these bands. Don’t tell people to go kill themselves if they say a negative thing about the band. Take a deep breath and walk away. It happens. And whoever you’re fangirling over — they’re also human. If they get girlfriends, be sad for a moment, and then move on. They deserve to be happy, too. 🙂
If someone were to write a song about you, who would it be, and how do you want that song to go?
Ooh, tough one! I’d say I want Ed Sheeran to come up with something about me. I like his songs, and he’s a great songwriter! 🙂 He could write about anything, like a date or something and that would be fine.
——

Kesh Tanglao is a full-time market researcher. When she’s not crunching numbers, she spends most of her free time watching TV shows, listening to music, and reading. Also a self-proclaimed fangirl, she likes cheering for her favorite sports teams and supporting her favorite artists.
Blog: http://sparksfire.wordpress.com/
Twitter: http://twitter.com/sparksfire_
Facebook: https://www.facebook.com/KeshTanglao
Tumblr: http://funtolivetheillusion.tumblr.com/
Kesh is giving away a paperback of The Real Score, a lootbag full of goodies and an ebook of the new Gezellig book (un)breakable to one winner from the Philippines. For all internaitonal peeps, there will be 5 winners of ebooks of The Real Score and (un)breakable.